The Man Behind The Muppet 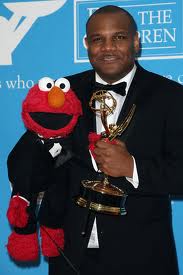 Unless you've been living on another planet for the last fifteen years, you probably know that the answer is Elmo.

Love him or not love him (OK, that was bad English, but hate is too strong a word to use here) you can't escape his infectious giggle and childlike wonder.

Most people forget, however, that there is indeed a man behind the Muppet. His name is Kevin Clash, and he is a true inspiration to those of us who are trying to advance our careers by being proactive.
Since he was a little boy, Kevin Clash knew his destiny. He wanted to be a puppeteer. He even followed in Jim Henson's footsteps by cutting up one of his parents good coats to make his first puppet.

In  the 1970's, when Clash was still a teenager, he reached out to Jim Henson, Frank Oz, Carrol Spinney (Big Bird) and many other famous puppeteers, all of whom inspired him.

One of the people Clash got in touch with (actually, Kevin's Mom did the detective work, found a phone number and called directly) was a gentle man named Kermit Love. Mr. Love was a collaborator of Henson's and a well respected puppet designer. (I know what you're thinking. No, he was not the namesake of the famous green frog, who came along years before Love met Henson.)

Kermit  Love was so impressed with Clash's determination to succeed and his shrewd dedication to seeking out mentors that he invited the young man to come visit him at his New York City workshop. Clash got on a train from his hometown of Baltimore, met with Kermit Love and it changed his life forever.

After Clash graduated from high school, Love took him under his wing and gave him career advice. The elder man then introduced his protege to Jim Henson and helped him to earn a job as a Muppet performer alongside his heroes. (Did you know that one of Kevin Clash's first big Muppet jobs was as the voice of the baby dinosaur on Henson's classic "Dinosaurs" show on ABC in the early 90's? Listen to him say "I'm the baby!" and you'll hear Elmo.) Clash eventually helped to create the unique character of Elmo and brought him to greater heights than anyone could ever imagine. For a whole generation it's now Elmo (not Ernie, Bert, Cookie, Oscar, Grover or Big Bird) that is the face of Sesame Street.

And it all began with a simple contact strategy, by not being afraid to reach out and to seek mentors.

So the lesson here is to not make excuses or feel bad about lack of work or bookings. Use that downtime positively, like Clash did, to follow those that inspire you and ask them for advice. You never know where it can lead, just ask Elmo (actually, maybe you shouldn't, you'll just get your answer in a high pitched voice and broken syntax.)

P.S: If you want to learn more about Kevin Clash and his journey, watch the new documentary "Being Elmo" available now on DVD. Or you can read his memoir,  published in 2010.

If you want to write your own letters, but you're not sure what to say, why not pick up a copy of The Actor's Detective Guide To Writing Show Business Contact Letters, now ON SALE now for just $10. 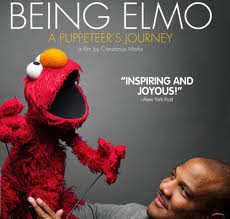 Posted by The Actor's Detective at 2:45 PM