A legendary voice, and a smart marketer 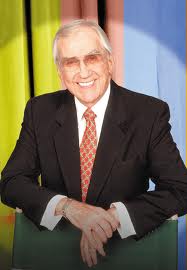 For generations of Americans that was the familiar sound as they settled into bed at night to watch the Tonight Show before they drifted off to sleep.  The voice behind the call was one of the most memorable in television history. It was that of legendary broadcaster/entertainer Ed McMahon. His story is one that should inspire and motivate you. (It pains me to write this, but I know some of you were born too late to have experienced him in his prime. Trust me, he was a master performer.)

A true renaissance man, McMahon was - at various times in his life - a stand-up comedian, author, actor, game show host, and salesman. (He was also a decorated war veteran, flying 85 missions as a Marine pilot.) It was the persistence and ingenuity he learned as a salesman that helped to launch his career.

Back in the 1940's and 50's, without the benefit of the internet and multiple home shopping channels, McMahon was able to succeed as one of the best "pitchmen" ever (he would put the ShamWow guy to shame.)

The pre-casinos Boardwalk at Atlantic City was McMahon's territory, and he excelled at selling vegetable slicers to passers-by. He made quite a tidy profit. McMahon knew deep in his heart, though, that he had a higher calling and it was to be on camera or in front of a microphone.

Ed McMahon wanted his name to be right at the top of the list for casting directors in Philadelphia and New York, so he diligently researched the names and contact information of those who were producing and directing shows in those early days of television. He sent out hundreds of letters pitching himself as an undiscovered broadcast talent, but he did not leave it at that.

McMahon succeeded where others didn't because he followed up on his initial networking efforts. He would regularly take a morning train from South Jersey to New York City with his pocket full of dimes. When he arrived in Manhattan, he would find the nearest pay telephone booth and methodically proceeded to call those producers he had made a connection with by mail, to remind them that he was in town and available to meet in person. The tenacity paid off. 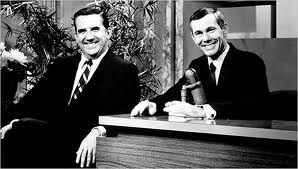 Within a few years, he was cast as the announcer on a New York based game show called "Who Do You Trust?" along with a skinny, shy kid from Nebraska, Johnny Carson, as the host. Their chemistry was off the charts. When Carson was named host of NBC's "Tonight Show", McMahon joined him. When the show moved to California, so did Ed.

By the 1970's Ed McMahon was as familiar to most Americans as their Uncle who visits on Thanksgiving and brings laughter and joy to the house. (On a personal note, my introduction to Ed McMahon was as host of the Macy's Thanksgiving Day Parade on NBC.) For some, Ed McMahon is synonymous with "Star Search," for others it was his often overlooked role as annual co-host of the Jerry Lewis Labor Day Telethon. Still others recall his spots for American Family Publishers (not their competitors: Publisher's Clearing House, as many people assume.) I could go on and on, but you get the idea.

Thanks to his smart marketing efforts, research and determination, Ed McMahon carved out a place for himself as an American pop culture Icon and sits quite firmly in the pantheon of broadcasting greats. Sadly, his golden voice is no longer with us, but you can still use McMahon's story to inspire you to great heights by emulating his letter writing strategy to great success. 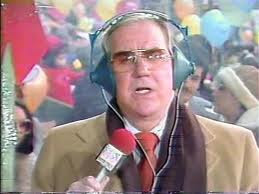 Posted by The Actor's Detective at 2:30 PM