Who is Paul McCartney? Who is Billy Crystal? 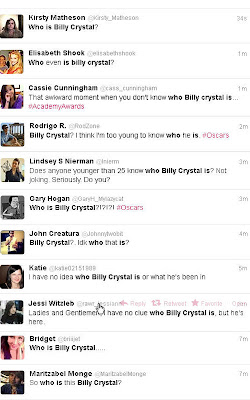 Twitter has now become the instant water cooler. It used to be that when you wanted to comment on something happening in pop culture, you had to wait until the next day at work or at school to voice your opinion about it, usually while you were on break with others at the aforementioned water cooler. Now, thanks to social media, the conversation begins seconds after the event itself happens. That's a miraculous thing to be sure, and we are living in amazing times (who would have thought just a few years ago that a phone call would be considered "quaint.") Sometimes, however, that same "post whatever comes to mind at the moment" mentality can lead to trouble and highlight lack of curiosity or knowledge of basic history.

Case in point: two recent major award shows that featured big time stars, legends in their fields, appearing on air for an extended period in a feature role. Immediately Twitter began trending "Who Is Paul McCartney?" (during and after the Grammys on February 12th) and "Who is Billy Crystal?" (during and after the Oscars on February 26th.)
The knee jerk reaction here was to blame "these darn kids today!" and to stereotype a whole generation raised on social media, but they were not the only ones at fault. A lack of curiosity about those that came before us has been the Achilles heel of many people, for as long as humans have been around. (What's the old expression? "Those who don't remember their history are doomed to repeat it.")

How does this apply to actors and performers? When was the last time you studied an old Vaudeville routine? Or listened to Big Band music? How about reading a play from the 1600's not written by a guy named Shakespeare? Those are but three examples, to be sure, but if we are not constantly expanding our horizons by looking back, then we are missing something. To paraphrase yet another old saying "You ride on the shoulders of those who came before you."

If we begin to think that we have invented new ways to act or perform, or that we're coming up with something brand new in business or in life, we are deluding ourselves. We are almost always giving our take or variation on something that is time tested and true. By studying and familiarizing ourselves with the work of those who came before us (and observing and learning from their mistakes) we are making our own performances that much better and improving our skills in the process. 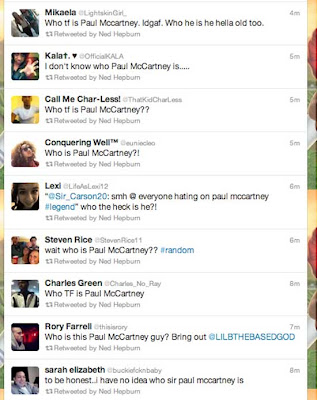 Marlon Brando said many times that he would watch old movies and steal bits and pieces from them, things that he thought worked. He would discard the moments that he felt were false but keep the ones that touched him. People claimed that he revolutionized the business, that he invented something new, but he was quick to point out that he owed his success to all of the actors that came before him, whose performances, even in a small way, enhanced his. Brando also realized that those performers learned from the ones before them, and they learned from the ones before them, etc. etc...


If we break that chain and start to think that we have all the answers and don't need to know about anyone that came before we were born, or that hasn't been in the limelight as much in the past few years, then we fail ourselves.


That's one of the reasons The Actor's Detective is a big advocate of writing letters. Taking the time to compose and mail a letter employs more thought and research than a 140 character tweet does. The relationships that you open with the people you are writing to can lead to some interesting responses, presumably ones that are full of knowledge and insight gathered from that person's own observation and history. You are continuing the chain. 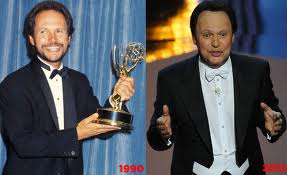 Still, there's no excuse for anyone not to know the relevance of Billy Crystal (who, aside from his contribution to comedy from the 1970's to the present, has also raised millions for charity and is cited as an influence by many of today's best comedians) or of Sir Paul McCartney (OK, Crystal, maybe if you're not a comedy fan, but Paul McCartney???!!! His name is written in history books. Not just music history, but HISTORY period. McCartney's music, with and without the Beatles, will still be played hundreds of years from now, long after the likes of Katy Perry and Justin Bieber have faded in to bubblegum oblivion.) 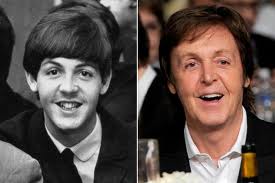 I caution you, as a performer, please don't fall into that trap. Just because something seems "old timey" doesn't mean it has no relevance to you. Don't dismiss something because you don't know about it. Take a moment to do a little research about a subject before you magnify your lack of knowledge about it to the whole world with a snarky statement on Twitter or Facebook. Be the person that uses the information you've gained by your simple research to give you the edge over others who are either too lazy or too unmotivated to expand their horizons. No matter what your field, seek out the mentors, read the histories of those that came before you. Trust me, you will be a much better business person and more respected for it.

I hope that someday you are successful and famous enough for people to seek out you for advice and counsel (and that nobody posts "Who is this person anyway?" about you.)

Posted by The Actor's Detective at 3:39 PM No comments: