Sending The Elevator Back Down 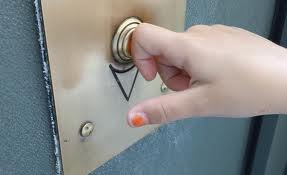 A few posts ago, I described the relevance of the 1992 David Mamet film "Glengarry Glen Ross" as it applies to the career of an actor. Every performer should see this film. (Be forewarned, it's not G rated, there's lots of salty dialogue. One critic went so far as to call it "Death of A F***ing Salesman.")

As noted in the other post, "Glengarry" should be viewed from a perspective of sales and marketing ("Coffee is for closers!" - I could go on and on with classic quotes here) but it also serves as a master class in film acting. Just look at the talent director James Foley assembled, some of the finest ever together for one film. Ed Harris, Al Pacino, Alan Arkin, Jonathan Pryce, and Alec Baldwin all make mighty contributions. The two actors that stand out, however, are Kevin Spacey and Jack Lemmon. They make the desperation and anxiety of their characters palpable, and you can feel it jump right off the screen in their scenes together. Now that's chemistry!

This didn't happen by accident. Lemmon and Spacey had a long standing mentor/pupil relationship, forged when Spacey was a young actor, with high hopes of spending a career in show business.

As the story goes, when Spacey was a teenager he appeared in a showcase production that Lemmon attended. When the show was over, Jack walked up to Kevin, put his hand on the lad's shoulder and said words to the effect of "You've got it kid. You can go pretty far in this business." That was all Spacey needed to hear. That quiet moment of encouragement from a Hollywood legend, who could have just left the theater but instead took the time to reach out to someone at the beginning of a journey, was the boost that put Kevin Spacey on the path to an award winning career.

Lemmon quickly went from being Spacey's childhood idol to his mentor. Spacey kept in touch with him and when opportunities arose, Lemmon always offered his young protege a chance to meet them with his hard work and talent. Eventually, Kevin Spacey and Jack Lemmon became collaborators, working together on no less than three projects, including a Broadway version of "Long Day's Journey Into Night" in 1986, which launched Spacey's career into a higher gear (he woud win a Tony a few years later for "Lost In Yonkers.") By the time "Glengarry" came along, Spacey was on his way to equaling his mentor as a screen legend and Oscar winner. In fact, when Kevin Spacey's dream of having a star on the Hollywood Walk of fame came true in 1999, it was none other than Lemmon who was right there alongside him beaming as he accepted it.

Shortly before Lemmon's death in 2001, Spacey asked him why he was so kind to him, and to other actors who he mentored, or - at the very least - took time out to talk to. Lemmon's answer: "You have to send the elevator back down." This was his quiet yet powerfully expressive way of saying that you have to give back, no matter what career you're in.

Lemmon believed fervently that If you've had any measure of success at all in any business, then it would be in bad form not to reach out to those coming up and lend a hand, whether it's by giving advice, offering opportunities or just telling your story and warning of any potential pitfalls. Make the road a bit smoother for the people that come after you and your rewards will have been well deserved. Jack Lemmon saw this as his duty and moral obligation. What a great philosophy to live by, especially for actors.

I'm happy to say that the lesson was not lost on Kevin Spacey. He has started a foundation and company (Trigger Street) with the stated goal of having both serve as a way for beginning actors and artists to have the same opportunity to learn from successful mentors and to grow as he did. Spacey is not above the fray either. Though he's busy making films and serving as the Artistic Director for the Old Vic in London, he still takes time out of his schedule to conduct seminars, workshops and free or discounted performances for fellow actors. He, like Lemmon, is a credit to his craft and to society as a whole.

Jack Lemmon was one of my personal idols, and though I never met him in person, he did respond to a letter I wrote him years ago and I cherish it. Part of my founding of The Actor's Detective was an extension of Lemmon and Spacey's philosophy. I hope to send the elevator down to others by showing them the method I used (directly writing to producers and directors for advice and counsel) to become moderately successful and to make a living in show business. If even one person reads the Actor's Detective and uses it as one of their tools to move ahead, I will have done my job.

So there you have it. No matter where you are in the stage of your career or in life, you too should be sending that elevator back down. I'm sure there's someone out there that will find great value in what you have to say. Find them and reach out to them, and your life will be greatly enriched.  Who knows, perhaps the two of you will end up being linked together in screen history, just like Lemmon and Spacey. 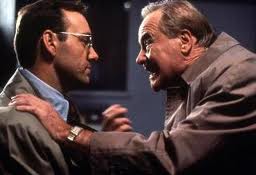