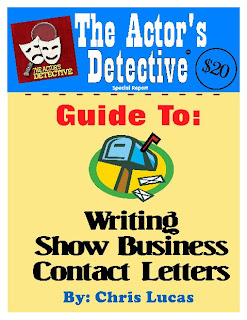 While writing our 42 page ebook, "The Actor's Detective Guide To Writing Show Business Contact Letters" we included a few examples of people who have had success writing letters to producers, directors and award winning actors. We also posted a letter from Emmy winning TV legend Sherwood Schwartz a few weeks ago.

The feedback from readers was so positive, we thought we'd post a few more responses. Both of  these letters came in the mail over a year after the initial contact was made. Further proof that patience is a virtue. As you'll see, the responses were worth the wait.


The first comes from a man who, like Schwartz, is a TV legend and member of the Television Hall of Fame. 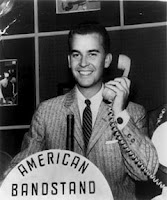 Dick Clark has done almost everything there is to do in media. Primarily known for his on camera hosting duties on "American Bandstand", "Pyramid" and "Dick Clark's Rocking New Year's Eve", he is a cultural icon. Indeed, for a generation (or more) of Americans, Dick Clark is Mr. New Years Eve.  Television as we know it would not have been the same without this incredible talent.

In addition to his role as a pioneer of the early days of live TV, Dick Clark is an incredibly successful producer. (Many awards shows and TV events are done by his company.) In 2004, he unfortunately suffered a stroke and had to cut back on his broadcast schedule, but "America's Oldest Teenager" still makes appearances on television and is active in production.

The original letter to Dick Clark, asking for advice and counsel, was sent in 2006. Due to his rehab and recuperation he did not reply until 2007. Here is what he had to say:

Please forgive the long delay in responding. I've been quite sick and, unfortunately, didn't get much work done.

In response to your note, here we go...

The best words of encouragement I received early in my career were from an old morning disc jockey and they were to never become discouraged with the outcome... just forge on.

The only pitfalls I have met are ones I built for myself with my over-enthusiasm. One must be careful not to oversell oneself.

The greatest lesson I ever learned was work hard and steadily. Never become discouraged and look forward to your next challenge. 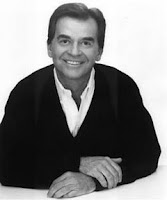 Thank you for your very kind note. Again I apologize for not being able to reply sooner. Keep up the good work! 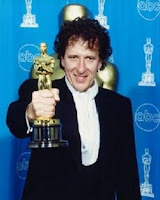 After his breakthrough role as pianist David Helfgott in 1996's "Shine", Rush went on to star in such films as "Shakespeare In Love", "Elizabeth" and "The King's Speech." In addition, he won an Emmy for portraying Peter Sellers in a TV movie. His stage work won him a Tony for "Exit The King" in 2009. Of his many roles, however, he's probably best known as the treacherous anti-hero Captain Barbosa in the "Pirates of the Caribbean" film series.

His busy schedule takes Rush all around the globe, so it takes a while for his mail to catch up with him. Almost two years after the initial letter was sent, Rush replied in a unique way, by sending a postcard of himself as Captain Barbosa, and writing his letter on the back and front. It was full of great advice.

This is the transcript:

Thanks so much for writing and asking for career advice.

I did theater for 25 years before films... state subsidies, repertory, etc. so it was never for money or fame... This helped!

Occasionally it's important to take a real risk - to meet a personal challenge and truly be prepared to fail.

Generally, I approach most things with pure gut instinct - more often than I end up following my initial reaction.

Always keep at it - better to be working than not.


A thank you note was sent to both men immediately, which is one of the keys to building a network of contacts. it never hurts to be polite.

So the moral here is... don't be discouraged if your initial contact letter goes out and you don't hear back right away. It's not personal. They are usually extremely busy and even the best intentions sometimes go astray when life gets in the way. Be patient. When they do come through it will be an unexpected bonus. 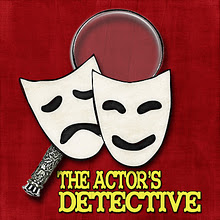