A Lesson From George Clooney 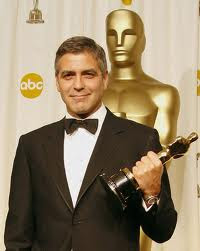 If you were watching Sunday's Academy Awards (and I'm sure you were) you saw one notable face popping up over and over again. George Clooney is Hollywood's "Golden Boy" and though he didn't win another Oscar this year, his place is firmly set in screen lore and he's featured front and center at every major awards show.
Clooney is a throwback to the stars of yesteryear. He's often compared to Cary Grant, Clark Gable or Humphrey Bogart. Suave, sophisticated, smooth, Clooney is a guy that many women want to be with and almost every guy wants to hang out with. He's not just a movie star, but a humanitarian too. He puts his money where his mouth is, going all over the world to use his star power to raise awareness for several causes.
OK, I know that I'm beginning to sound more like the president of the George Clooney fan club than the CEO of The Actor's Detective. I am indeed a great admirer of his, but for more than the usual reasons. I take comfort in the fact that Clooney wasn't just handed all this fame and fortune, he worked for it and earned it the hard way, and the smart way.
The son of a local news anchor in Kentucky, Clooney was also the nephew of popular singer Rosemary Clooney. Her fame was no help to him, however, as she was on the wane when he decide to pursue a career as an actor. Clooney struggled for a long time. After getting a few bit parts in B movies (The sequel to "Attack of the Killer Tomatoes" to name one) and a role in the last seasons of "The Facts of Life" he faced the reality that all actors face eventually....
The job of an actor is always looking for their next job.
By 1993 Clooney was in his 30's and desperate to launch his career to a higher level. He decided to be proactive and to take matters into his own hands. A consummate networker and all around nice guy, he used the connections he had made with dozens of P.A's, receptionists, and assistants around town to find out what was coming up in Hollywood, months before everyone else (just like we do on a weekly basis at The Actor's Detective.) He'd heard about a new medical show called "ER", written by author Michael Crichton ("Jurassic Park") and produced by Steven Spielberg and John Wells. Clooney knew that he HAD to read for that show, in particular for the supporting role of Dr. Doug Ross. So he began a letter writing campaign. 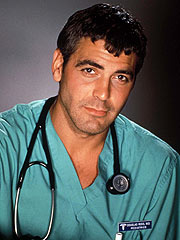 The persistence and smart self marketing paid off. Wells, impressed by the tenacity and the directness of the letters, called Clooney in to read, even before the rest of the cast or a director had been hired. As soon as the audition was over, Wells called the other executives and told them the search was over. He had found their Dr. Ross.
The rest, as they say, is history.
"ER" did indeed launch George Clooney into the stratosphere. By the time he left the show after five years, he was already a major film star on his way to Oscar glory. The important thing to note here is that he did not wait for it to come to him, Clooney pursued it with vigor and with a carefully laid out strategy in place.
A valuable lesson indeed. One which - by the way - can apply to anyone seeking a job or looking to increase their network of contacts, in any field.
Do the same and perhaps you too will be the one that the cameras follow on future Oscar nights.

Looking forward to your success!

To begin your strategic marketing campaign, be sure to subscribe to  The Actor's Detective Weekly Newsletter. For more information, click HERE

For a limited time only, we are offering HALF PRICE deals on two of our best products:

and "The Actor's Detective Guide To Writing Show Business Contact Letters" - a great companion to the weekly newsletter. Click HERE to order. 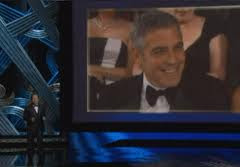