By now, I'm sure most of you have seen the first episode of NBC's new show "SMASH." (If you haven't, be sure to watch it on demand and set your DVR to record all future episodes. It's that good!)

For those outside of show business, it brings great insight into what we as performers have to go through on an almost daily basis, both to bring creative ideas to life and also the struggle to stand out from the pack and to shine.

It was an episode full of great moments, outstanding direction, sharp dialogue and amazing musical numbers. If there's any justice it will have a long run on the air.

Of all the moments in the show, however, there's one that stood out to me more than any other. It might just have slipped by the casual viewer.

At the big audition for the new Marilyn Monroe musical that is the focus of the show, we see a hallway full of young women dressed, with plunging necklines, as Marilyn in her various famous roles. We also assume that they will all be singing a song in her trademark whispery voice. (We're even shown one such performance, which is cut off abruptly by the director and his team at the casting table.) 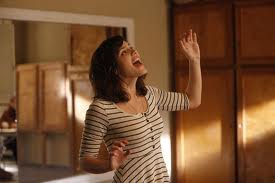 Into this scene walks Karen Cartwright (played - spot on - by Katherine McPhee.) She, unlike the others, is dressed casually and is not at all trying to resemble Monroe. Not even sporting a blonde wig, she just walks in with her natural brunette hair and a modest top. Whether Karen did this deliberately, or just because she hasn't been to a big audition like this before is unclear. What is abundantly clear is that she's breaking the mold big time.

To some this might be seen as a risky move, but it was the right thing to do. Just as we promote in the Actor's Detective weekly newsletter, sometimes doing the opposite of what everyone else is doing can bring great benefits. You can succeed just by going against the grain.

This is proven when Ms. Cartwright walks into the audition room. The first thing the director, Derek Wills (Jack Davenport) says to her is "How refreshing!" Before Karen even opens her mouth, she's made a positive impression on the director himself. By virtue of doing what the others wouldn't (either because they were too timid to do so, or they were told not to stand out - to do it the conventional way) she has moved ahead of her peers.

Break the mold, defy convention, make the proactive moves to help your career that nobody else will and you'll get pretty far. (I've learned this, and so have others, by writing directly to producers and directors long before their projects are sent to casting directors. You can find leads like this every week in The Actor's Detective weekly newsletter.)

Of course this was just a scene from a TV show. But it does happen in real life. Several successful actors who've traveled the road less taken have, as a result, made positive impressions and booked the roles that made them stars. Here are two notable examples:

For years, when people wanted to portray someone who was  pompous, vain and arrogant, they summoned the spirit of  Ted Baxter, news anchor for  WJM on the classic "Mary Tyler Moore"  TV show (1970-1977.) 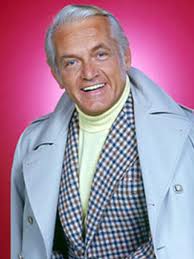 Memorably played by Ted Knight (who won two Emmys for his work) Baxter was a clueless blowhard often mocked by his co-workers and friends. Knight made the actions of his character so well known, that he was often typecast in similar roles (like the Judge in "Caddyshack.")

What's not widely known is that the role of Ted Baxter, as originally written, was supposed to be more of a traditional anchorman. based largely on CBS news'  Walter Cronkite, the "most trusted man in America" at the time, Baxter was supposed to be buttoned down and serious.

Knight was, at the time, a struggling actor. He had done a few bit parts on TV shows and a some voice-overs, but was panicked about paying his monthly bills. When the audition for Ted Baxter fell into his lap, Knight realized that almost every actor being considered for the part (such as John Aniston, father of Jennifer Aniston) was going to play it dead serious, just like the breakdown described.

Knight knew that he wanted this plum role on a weekly TV show, but saw how stiff the competition was going to be. So he took a bold risk. Knight threw the writer's description out the window and came up with his own zany take on the character, going so far as to purchase a garish checkered suit and white shoes to create a distinct look. Armed with confidence in his abilities and a fully developed character, Knight walked into the audition room and.... failed miserably.

That's right, the audition was a flop. It had nothing to do with Knight's abilities, as he made the producer and director laugh. It was that they were so blown away by his originality that it confused them.  Here was one shining individual who chose to go his own way as opposed to dozens that stuck to "the way it's always been done." So the creative team sent Knight home and spent the next few weeks searching for the "perfect" Ted Baxter.

A funny thing happened along the way.

The producers just couldn't get Knight out of their heads. He was refreshing and, just like a cool mint after a heavy meal, changed their palate and wiped their notions clean. They realized that his "thinking outside of the box" choice was the right one after all. Just a few weeks after dismissing him, Ted Knight was cast by the producers in the role of Ted Baxter and the rest, as they say, is history.

Even one of the biggest movie stars in the world owes his career to being a maverick. In fact, that very quality helped to shape the character that would jump start his career.

Screen legend Harrison Ford began as a contract player with the old studio system in the late 1960's. His first role was as a bell hop in 1966's "Dead Heat on a Merry Go Round." 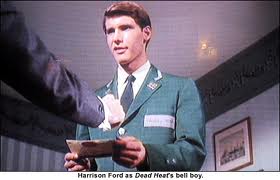 Ford's rugged good looks and charm soon won him roles in a variety of films, most notably the 1973 surprise hit "American Graffiti."Unfortunately he was unable to capitalize on his role in "Graffiti",  and just three years later Ford found himself working as a freelance carpenter. (He'd taught himself the skills to get through lean times.) While he was working on a project building a sound studio for a famous producer, Ford ran into an old friend: the director of "American Graffiti", George Lucas.

Lucas was in the building that day reading actors and actresses for a little sci fi movie he was making called "Star Wars." He was short a reader. (For those that don't know the term as it applies to show business, a "reader" is someone who does just that, reads the other roles in the script off camera as a courtesy while the person auditioning on camera reads for the main role.)  usually an assistant to the director reads, sometimes it's even a non-actor. In this particular case, Lucas asked Ford - who was on a lunch break - to fill in and read.

The roles being auditioned on camera that day were those of Princess Leia and Luke Skywalker. Lucas asked Ford to read the lines for Han Solo opposite the other actors. As created in Lucas' mind, Solo was a square John Wayne straight shooter cowboy hero. Ford saw it differently and decided to have a little fun with the part. With nothing to lose, he took a chance and added comedy and mischief to the part. In his unique interpretation, Han Solo was a rogue.


Though he'd considered big names like Nick Nolte, Kurt Russell, Christopher Walken and even Al Pacino (?!) for the role, Lucas knew as soon as he saw Ford's rule breaking take on the role during a simple read (not even a formal audition) that he'd found his Han Solo.


With his creativity and originality, Ford managed to change the mind of the man who literally invented the Star Wars universe. Soon after, he put down the carpentry tools and began a climb to the top of the box office that's lasted for almost forty years.

Despite what he'd been told by other actors, audition coaches and - come to think  of it - woodworking mentors, Ford went against the grain and did the things others wouldn't to succeed.

Do the same thing and just like Ford, Ted Knight and Karen Cartwright, you'll be a SMASH!


P.S: Just another friendly reminder to watch "SMASH" every week. It's entertaining and educational at the same time.  You'll love it (if you don't already.) 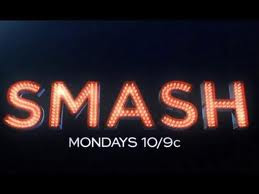